During the summer of ’68, I was fortunate enough to play American Legion Baseball in Bowling Green, KY. Even though it was only 30 miles away, in those days it was a sacrifice for my parents to allow me to make this drive three or four times each week. As a 16-years old country boy, I was excited to play with the best players from a five or six country area.

In order to help pay for the gas and food, I took a job at a feed mill earning $1.25 an hour handling 50-pound sacks of feed most days, all day long, often pitching a nine inning game at night and then making the 30 mile drive back home.

One of my jobs during the first week of working at the feed mill was to unload 50lb sacks of feed from a train car onto a dolly (hand-truck); I had to guide the dolly loaded with five or six sacks of fodder down a steep ramp to the feed mill. No one had ever taught me how to make it down the ramp. Many of the older, experienced men could have taught me, but they enjoyed watching me learn on my own. Of course, I could not control the speed of the heavily weighted dolly, and gravity would always take control. The grizzled, career feed mill employees roared with laughter calling me every unflattering synonym of stupidity as the dolly and 250lbs of feed sacks sailed uncontrollably down the ramp making a thud on the floor. After about five or six difficult trips, someone in the group finally suggested that I would control the dolly and ramp by going backwards; and that worked! Although I still felt like the names I had been called, I was relieved not to have to pick up the sacks at the bottom of the ramp.

I learned a valuable lesson: it’s not the load of the burden that makes it hard to walk, it’s the way we carry it.

These days, I don’t carry 250lbs of feed on a dolly, but I occasionally carry the “weight of the world.” The problems of life are quite cumbersome when you don’t know how to carry them. When I start my day asking Christ to help me with the load, the day goes much smoother. I’m reminded of the advice from the Apostle Peter: “Cast all your anxiety on Him because He cares for you.” (I Peter 5:7)

Sometimes when I ask, Jesus doesn’t only carry my load—He carries me as well. Life is much easier when a more than capable Friend does the heavy lifting.

As a young High School senior, I knew now to work hard. I just didn’t always know the best way to work. As a young Minor Leaguer, I was blessed with the opportunity to try to make it to the Major Leagues, but I still didn’t understand that God was there to help me with the challenges of being on my own at a very young age. 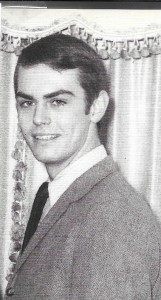 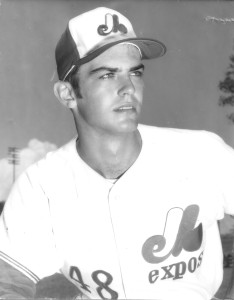