Coaches, teachers and parents talk about it. Players are probably sick of hearing about it. But, it is a precious possession, a key that unlocks the door to success and an incredibly valuable gift to give others. Without it, you are doomed to failure and misery. It’s not only a possession, but also a decision. As a matter of fact, it’s the most important decision that you make each day. That possession, that key, that gift and, yes, that decision is called a positive attitude.

Choosing a positive attitude will give you energy that will be transferred to others around you. Choose a negative attitude, and you and those who come in contract with you will feel drained and discouraged.

Lou Holtz once said, “Ability is what you’re capable of doing. Motivation determines what you do. Attitude determines how well you do it.”

Negative attitudes in others are easy to recognize, but not in ourselves. As a coach, I was usually more focused on the attitudes of my players as opposed to my own frame of mind. One year during mid-season as a coach at Kentucky, we were only two games out of first place in the SEC. LSU and Mississippi State were battling for first with four other teams very much in “the hunt.” During this particular weekend, MSU and LSU were playing and we were competing against the last place team on the road. I’m thinking, “If we can sweep three and if LSU and MSU beat up on each other, we can take a giant step towards first place in a tough SEC.” Unfortunately, we were rained out and played only two with a late start on Sunday…we lost both games! It was a very long eight-hour bus ride home. I was not a happy camper. As we pulled into Lexington at 4:00 a.m., I was angry, discouraged and exhausted. I let my players know that 8:00 a.m. class attendance would be checked and practice that afternoon would be grueling.

I chose to sleep in my office for a couple of hours. On my way to practice, I was physically, emotionally and spiritually depleted. I couldn’t wait to get to practice to show my team what happens when you underachieve and lose to a last place team. As I pulled in to my parking space, our football coach, Bill Curry, was pulling in next to me. He looked at me and said, “Keith, I’m so sorry that you lost yesterday. I know how important that series was to you.” Then, he said, “You look terrible! If you go to practice with that countenance and attitude, you will have the worst practice of the year.” His words stung, but because of my respect for him, I took them seriously and changed my attitude prior to practice. As a result, we had a short, upbeat practice and the following weekend swept the #1 ranked team in the nation! If Coach Curry hadn’t helped me to change my attitude, we would have had a horrible practice and would have probably been swept by LSU. Bill Curry’s stern words exposed my negative frame of mind, and God gave me the wisdom to take heed.

According to John Maxwell: “everything rises and falls with leadership.” If coaches are negative, most likely, players will be, too. Anger and cynicism are the poorest form of communication. Many times our hearts need to be examined prior to speaking to others…especially when a coach speaks to his team.

Demanding excellence with a positive attitude is the way to achieve good results.

Attitudes are contagious. Are yours worth catching? 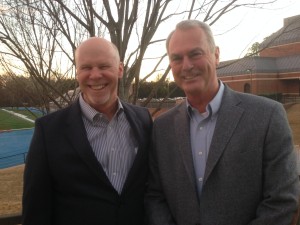 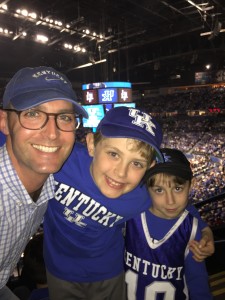